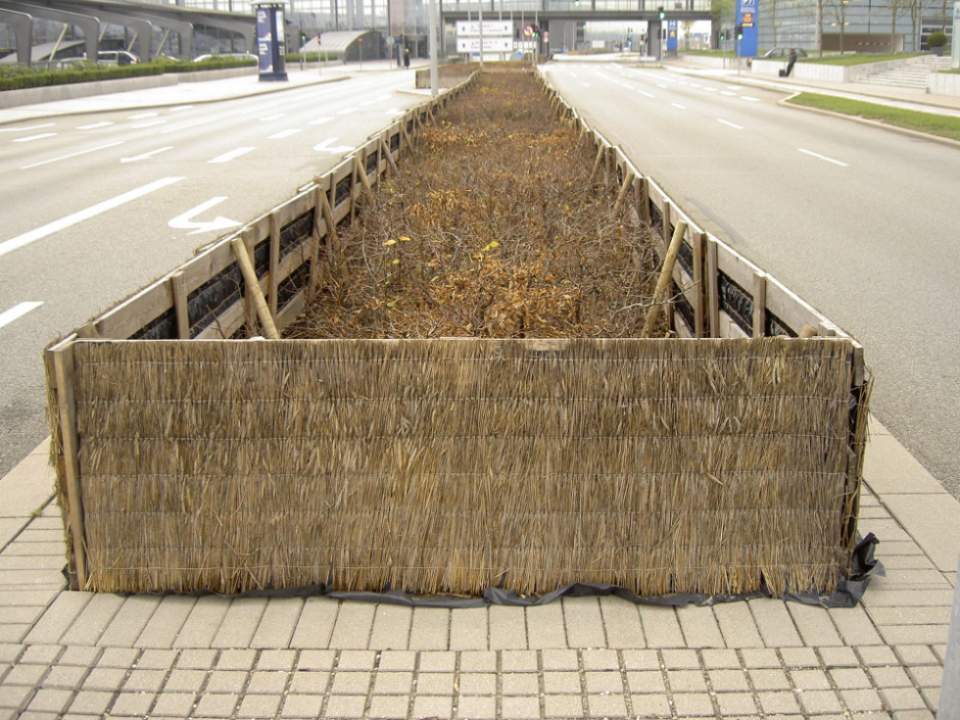 The winter months are not an easy time, not only for animals, but also for plants, especially those that grow in close proximity to roads. Low temperatures are not the main reason for that though; what generates the greatest issue are chemicals used for sidewalk and road maintenance. Using a large amount of toxic substances inevitably leads to gradual dying of roadside greenery. How to prevent such situations? Let’s find out why road salt negatively affects greenery and what solution has been adopted in Poznan.

What do the regulations say?

In planning the road and greenery maintenance process, it is advisable to take an ecological context into consideration. The regulations introduced in Poznan — those regarding the winter road maintenance products — unambiguously point out that sand is the material that is supposed to be used, with the grain size up to 1 mm. However, there is an exception to the rule — in case of freezing rain, using chemical substances is allowed. Those regulations apply to sidewalks, squares, bike lanes, and local roads.

On streets of basic and strategic significance, it is allowed to use chemicals (e.g. road salt) and non-chemical substances that comply with the relevant regulations of the Ministry of Environment. Those regulations provide information on what kinds of products should be used in specific weather conditions, and what is their maximum acceptable amount.

Why should we secure roadside greenery?

Providing road users with the maximum level of security still requires using sodium chloride that — although allowed as a means of winter road maintenance — is toxic to the environment, causing roadside bushes and trees to die. Road salt is also frequently used for dealing with black ice and for melting snow.

Road salt — why is it harmful?

Roadside bushes and trees have to grow in a demanding environment. Aside from unfavourable weather conditions, those plants need to struggle with:

Sodium chloride increases the soil PH. Soil alkalinity inhibits the absorption of necessary nutrients, and leads to dying of microorganisms present in the soil, and, in case of the higher soil PH, dying of plants themselves.

Considerable amounts of sodium chloride cause the phenomenon called physiological drought, which means that plants are unable to absorb water from the soil. The accumulation of sodium and chloride ions that are taken in by plants results in the change in cellular metabolism and contributes to necrosis on the leaf blade and dying of sprigs and leaves.

As a result of the chemical reaction, sodium chloride accumulated in the soil has a destructive environmental impact by obstructing capillary rise.

Also, the negative influence of so-called salt spray on plants is observable. Using brine and sprinkled salt for winter road maintenance is connected with the creation of salt spray. When cars pass by, those substances are lifted and float in the air. This process depends on traffic intensity, the speed at which cars are moving and the type of surface.

Another important issue concerns the distance between plants and their location. Plants that grow on median strips are in the worst situation because they are exposed to salt spraying from both sides.

It is believed that young plants are most heavily affected by spraying salt — some of them die after their first winter. Those trees and bushes that succeed in rebuilding destroyed sprigs and leaves have greater chances of survival. The amount of energy that plants have to devote to the regenerative process and delayed vegetation make them weaker, which often results in pests attack and the development of illnesses.

Discover the solution from Poznan

There are no plants that are totally immune to sodium chloride. Trees and bushes that are capable of handling moderate salinity are being planted more and more often. What’s more, for over 11 years, special mats made of plastic and straw have been used in the vicinity of roads, thanks to which roadside greenery is protected from splashes of slush and salt. This solution works best when cars are moving relatively slow. However, the protective mats are not particularly effective when it comes to salt spray.

Recently, polypropylene mesh nets have started to be used with the purpose of protecting young bushes and trees that are covered up with those nets. The factor that decides whether installing such protective means is necessary is the extent to which salt brine affects the greenery. This is why mesh netting is most frequently used to cover young trees growing nearby particularly busy roads.

In order to thoroughly gather suitable tools for effective roadside protection, it is essential that necessary works are started in autumn. Finding all the proper nets, protective polyethylene mats and coverings made from straw and plastic will help ensure that roadside greenery is well-secured.

Our company distributes garden greenhouses of the Danish companies Juliana and Halls made of aluminum, glass and polycarbonate.

See the offer of garden greenhouses